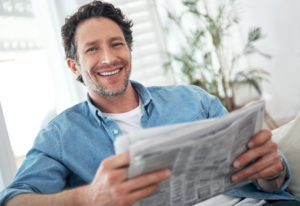 If you’ve been to one of our tasty Melbourne diners lately you’ve probably been considering fillings, as in the different kinds of pie fillings used for the day’s pie selection.

While Dr. Vaughn and Dr. Brown like pie as much as the next person, they’re a little more concerned with another type of filling, dental fillings.

While you think of fillings being used for cavities, the word in the dental world is “caries.” You’ve probably never heard of caries before, but dental caries represent the most common oral disease known to man. The process of getting caries is called tooth decay.

The term cavity is really a misnomer. That term probably came from the fact that once the dentist cleans out the decay, what is left is a cavity. And that cavity can’t be left open, as food debris and bacteria would become lodged in there. It needs to be filled.

At Implant Dentistry of Florida we fill dental caries every day. We’ve switched to composite resin for all of our fillings now, leaving old silver amalgam by the wayside.

Most people either have a mouthful of silver fillings or they at least know about them. Guess what? They’re not really silver; they’re actually mostly mercury! That is disconcerting to many people. Silver fillings are made of silver amalgam. Amalgam fillings are usually a mix of mercury (50% of the eventual filling) with a powder comprised of silver, copper, tin, or zinc (usually a combination of some or all of those). The FDA has studied silver amalgam, and it has been used in fillings since the 1800s. Still, some people don’t like the idea of being like a fish at the bottom of Lake Erie.

That’s why we’ve fully switched to composite resin fillings at Implant Dentistry of Florida. The resin is made of a mixture of plastic and glass. Originally, the problem with composite resin was durability, but technology has made these fillings more and more durable. And the best part of composite resin? Once the filling is placed it is virtually invisible in the tooth. That’s a far cry from the molars with silver spots on all of the biting surfaces with silver amalgam fillings.

Inlays and onlays are not technically fillings. We use them if more of the tooth matter nees to be removed because of more extensive decay. We can make most inlays and onlays (the difference is if the area to be replaced involves an outer tooth cusp or not) in office with our CEREC porcelain milling system. Because inlays and onlays are made with dental porcelain they are also virtually invisible when in a tooth.

Glass ionomer fillings are made of a combination of acrylic and glass. They are intended for children’s baby teeth because they only last five years and release fluoride to strengthen the surrounding natural teeth.

If you have pain or sensitivity in a tooth, it could have decay and needs to be addressed. Call us at Implant Dentistry of Florida, (321) 372-7700, to make your appointment.